In June 2019 I started as a reporter with the Dow Jones Newswires in the Berlin office of The Wall Street Journal. My topics are energy, climate and environment from a more business-oriented angle. Before that I worked as freelancer, published stories in English and German newspapers or magazines. I also moderate panels and produce radio features.

I studied political science and journalism at the University of Leipzig and the Institut d’Etudes Politiques in Toulouse. Later I trained in Nuremberg before moving back to the East: to Dresden, as state correspondent for the dapd news agency. Between 2011 and 2016 I was the author and editor of the monthly magazine for political culture Cicero in Berlin, edited its online and social media channels.

In 2016, I participated in the program of the Robert Bosch Foundation “Media Ambassadors India – Germany” where I was based in Delhi and wrote for The Indian Express. There I’ve discovered my passion for cross-border journalism and became a frequent India traveler. Back home I am contributing to the Indo-German Media Association as a treasurer. I’ve also covered the presidential elections in 2017 in France, reported from Israel, Transnistria or Nigeria, following the poisonous trail of used lead-acid batteries.

I am a member of the German investigative researchers’ association “netzwerk recherche” and jury member of the News Enlightenment Initiative , which annually selects the top ten neglected topics in the media. Recently I’ve been elected to the arbitral tribunal of the German Journalists Association Berlin JVBB. 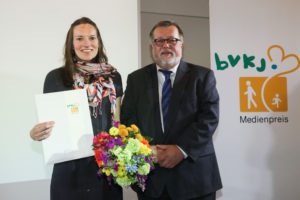 Photo by Sebastian Semmer for BVKJ

– Winner of the Otto von Habsburg Prize 2018, awarded by the European Association of Daily Newspapers in Minority and Regional Languages, for excellent reporting on minorities 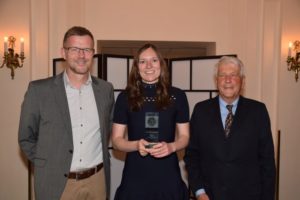 – Global Health Journalism Grant 2018 of the European Journalism Center and the Bill & Melinda Gates Foundation for the project “Poisonous Lead”, exposing
hazardous conditions in the production of lead for Western car batteries in Nigeria

– Winner of the Global Health Journalism Grant 2017 of the European Journalism Center and the Bill & Melinda Gates Foundation for the project
“Silicosis – The Silent Killer”, investigating the deadly lung disease of sand stone miners in India’s state Rajasthan

– Selection under “The 500” of the media portal newsroom.de